Man with The Banjo 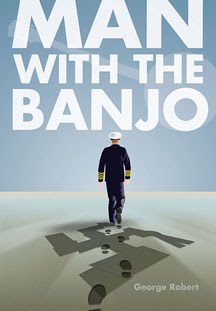 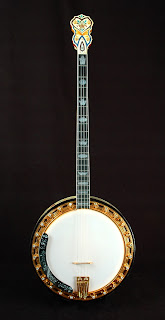 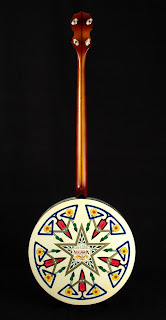 Now on display at the National Music Museum: The Eddie Peabody Collection 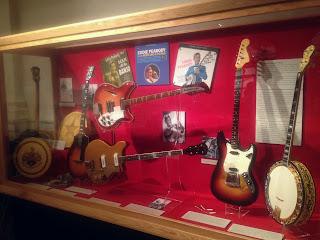 A few of the many (Man with the Banjo’s) musical instruments
used in performances from the 1920s through the 1960s,
that are now on display at the National Music Museum in Vermillion, South Dakota. 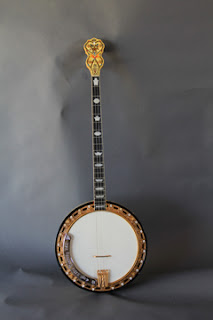 These photos are of the Eddie Peabody model Vox V plectrum banjo manufactured by the Vega Company circa mid-1960s.  All metal hardware and fasteners on this instrument, inside and out, are gold plated. To my knowledge, this instrument was played publicly only once, on the Johnny Carson television special Sun City Scandals, which aired in December 1970. 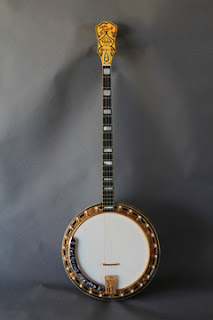 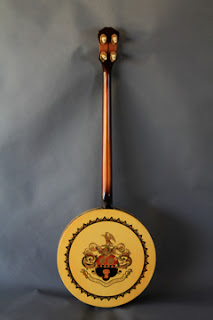 This was a banjo my father assembled for me.  It was essentially a Vox IV manufactured by the Vega Company circa late 1950s.  All metal hardware and fasteners on this instrument, inside and out, are gold plated.  The resonator, covering the back of the instrument, was likely manufactured in the early 1930s and is engraved with the “Peabody” coat of arms.  A beautiful piece of artwork and a testimony to the craftsmanship of the day. 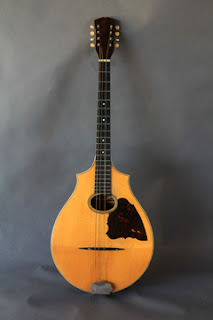 This is a mandocello,  sometimes referred to as a mandoloncello. It was manufactured by the Vega Company in the early 1920s.  There are four pairs of monotone strings that are tuned like a violin: in fifths.  This instrument was used in Vaudeville performances in the 1920s and in a 1927–28 film short with protégé at the time, Jimmy Maisel. 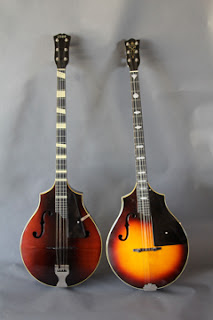 These are photos of the acoustical prototypes of the instrument my father called the banjoline.  He wanted to create an instrument made of wood that replicated the sound of a banjo with a violin mute placed on the banjo’s bridge.  There are six strings—octave fourth, monotone third, single first and second.  During a Vaudeville performance it was more expeditious to have someone handing him various stringed instruments. This was the beginning of the evolution of the Eddie Peabody model banjolene. 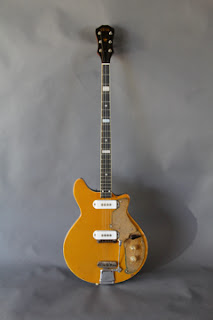 This is a photo of the first electric banjoline prototype manufactured by the Vega Company circa the mid-1950s.  My father and the producers at Dot Records wanted a different sound for the albums he was producing.  This instrument was used in the production of six of the thirteen albums he recorded for the Dot label.  Again, there are six strings, an octave fourth, a monotone third, and single first and second, along with two magnetic pickups and a vibrato arm. 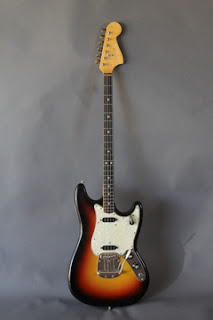 In the early 1960s the Vega Company gave the patent for the electric banjoline to my father and it was picked up by the Fender Electric Guitar Company.  This is a photo of the prototype of the Fender manufactured electric banjolene which they produced until the company was sold to CBS. The patent was released and picked up by the Rickenbacker Electric Guitar Company. 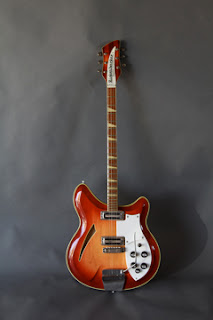 This is a photo of the Rickenbacker prototype of the Eddie Peabody model electric banjoline which they began producing in the mid-1960s, and concludes the evolution of this musical instrument.

Why did I write about my father?

Many people have asked what sparked me to write Man with the Banjo. Curiosity about my father's pre-George Robert life probably commenced the day he commissioned me a Lieutenant in the USAFR. He would not have been able to do this had he not been an officer himself. But how did he receive his commission in 1935? The country wasn't at war...he hadn't attended any service academy or graduate from a university. In November of that year he passed away, leaving me with a ton of questions that were never asked.
My father and I had a musical connection that provided a forum for many snippets of his earlier life to surface.  As time passed, my curiosity deepened, but I was never able to put all the snippets and pieces together.  Then I read Lowell Schreyer's 2000 publication of The Eddie Peabody Story that chronicled my father's musical career from 1921 until his passing in 1970.  At that point and without any formal organization, I sat at a computer for about a month and typed out what I call a mind dump. When I printed what I'd written -- almost 900 pages -- my only thought was Now what do I do?
Posted by George Peabody at 8:12 AM 6 comments:

Buy my book on Kindle 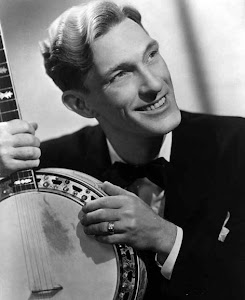 A Novel Based on the True Story of Eddie Peabody, America’s Favorite Banjo Player

Eddie Peabody is at the peak of his musical career, known to his many fans as the King of the Banjo. But after entertaining White House guests in the Rose Garden, he is summoned by Franklin Delano Roosevelt and asked to rejoin the armed forces. Secretly commissioned a lieutenant in the U.S. Naval Reserve, he continues performing in theaters across the country while training for his reconnaissance mission in Germany.

Eddie photographs a newly constructed German U-boat, verifying the American government's suspicions. His mission complete, he troupes on to Berlin with the theater group.

Unbeknown to the Allies, however, German intelligence has found a photograph of Eddie in his uniform. The head of the German state invites him to play at a private party for the Chancellor and his entourage.

Will this be Eddie's final performance? 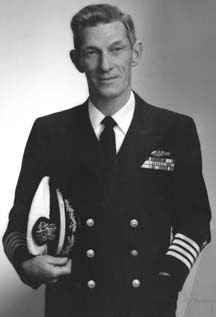 Eddie Peabody retired from the U.S. Navy Reserve as a captain after 27.5 years of service.

George Peabody
George Robert Peabody, author of Man with the Banjo, lived the first eleven years of his life in Madison, Wisconsin. He started piano lessons at age seven and took up the guitar after his family relocated to Tucson, Arizona in 1959. At age fourteen, he earned the rank of Eagle Scout, and at age sixteen cut a 45 rpm recording of an original song titled Boondocker with his musical group The Clashmen. He earned a bachelor of science in Electrical Engineering at the University of Arizona and a master of business in International Management at Thunderbird, The American Graduate School of International Management. Peabody held professional licensing in the states of Washington and Arizona, and prior to retirement held employment at Westinghouse Electric Company and Tucson Electric Power Company. He and his wife, Carol, currently reside in Tucson, Arizona. The spark of inspiration to write Man with the Banjo came after his father commissioned him a Lieutenant in the USAFR. The musical relationship with his famous father was special. Many bits of information contained within the book surfaced when they would share a glass of beer and play a few tunes for family and friends.